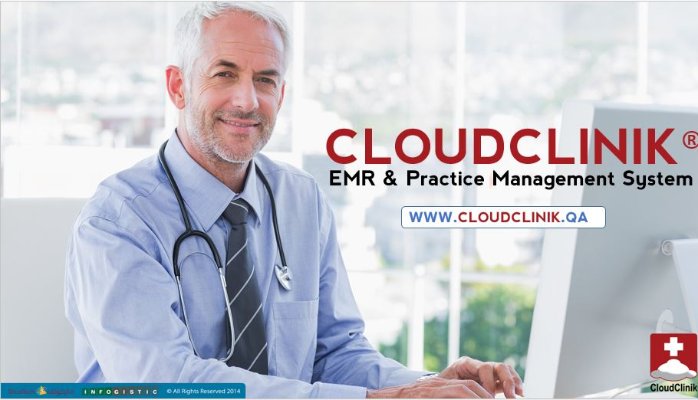 While everyone is having fun during their Christmas and winter vacation, I decided to boast about the technology solution which is gradually getting attraction in Qatar and other GCC countries.
We all know that every day there are hundreds of people coming to Qatar due to
its booming infrastructure development. Fifa World Cup 2022 will now be hosted by the country, Qatar, whose per-capita income is highest in the world! Due to increasing population, everyday I see many new healthcare centers opening around and the patient load is there from the very first day.
CloudClinik was officially launched in Qatar in 2014 with a notion to provide a unified platform to healthcare facilities to capture patients’ clinical information and manage their medical records electronically. Like many countries, Qatar also prefers to adopt state-of-the-art technology and no doubt there are lot of new projects lined-up which demonstrate the application of cutting-edge technology in both public & private sector.
Within 1 year, we realized that this market has a lot of potential specially in the healthcare sector. At that moment, there was no concept of EMR and the concept of cloud-based/SAAS e-health application were beyond anyone’s imagination. Currently, we have more than a dozen medical centers, dental centers and solo practices where CloudClinik is implemented. The best thing what doctors liked about the system is the look & feel which gives a feeling of an Apple Inc product to the users. Doctors like to use a system that is running on the most up-to-date software version which keeps them at par than their competitors.
The most challenging part was to make them understand the difference between a locally hosted EMR solutions and a cloud-based EMR solution. It’s true that you pay just once to host a system on your local server but to deploy, run, update, and configure it is very painful. On contrary, CloudClinik allow doctors to focus more on their patients without worrying about updating the IT infrastructure and having a part/full-time IT Administrator to look after network related issues. This interne based cross-platform solution helps them to use the system on-the-go on their tables and smartphones as well. Now, they do not really need to wait for the IT vendor to come on-site to install new software patches making server vulnerable to potential cyber-security threats.
CloudClinik is now revolutionizing the thinking of private healthcare facilities to manage their outpatient flow on a single platform while keeping the data integrity in place. It is designed and developed using the international and local healthcare standards and is hosted at the Qatar Data Center, Doha – Qatar.
Visit: www.cloudclinik.com