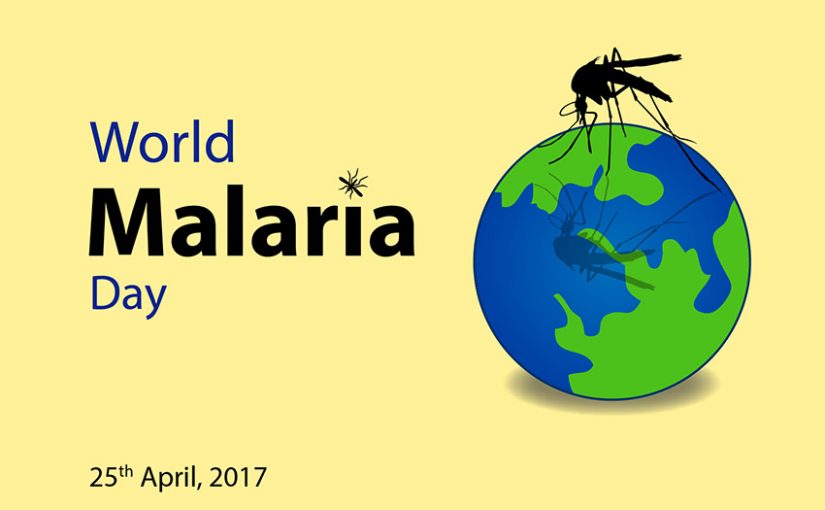 Every year World Malaria Day is celebrated on 25th April to shed light on global effort to control malaria. Each year on April 25, organizations and NGOs around the world collaborate to raise awareness on malaria prevention and cure.

For World Malaria Day 2017 this year the theme is End Malaria for Good to build on the momentum from last year.

Malaria is a major cause of concern especially for least developed countries around the world. Although life threatening, Malaria can be prevented, cured and even eradicated given proper measures are taken in time. Among the most vulnerable are children and pregnant women, who still do not have access to medication and health care facilities. When you come to think of it, something as simple and inexpensive as mosquito nets can save the life of thousands of vulnerable individuals.

Malaria is one of the oldest and deadliest diseases in human history. It is caused by parasite transmitted to human body through the bite of female mosquito “Anopheles”. These parasites multiply in the human body, infect liver and destroy red blood cells.

The symptoms of malaria typically develop within 10 days to four weeks following the infection. In some people, symptoms may not develop for several months. Some malarial parasites can enter the body but will remain dormant for long periods of time before they become active.

Common symptoms of malaria include:

Pakistan has a population of approximately 180 million, out of which 177 million are prone to get infected with Malaria. There are approximately 3.5 million presumed and confirmed malaria cases annually. And the situation prevails because of unplanned development in industrial sector with improper sewerage, unprepared and unsustainable urbanization and bad sanitary conditions. In most parts of the country, the transmission season is post-monsoon, occurring from July through November. The key strategies are required to fight the scourge of malaria. The key interventions include

According to health experts malaria infection can be treated with easily available medications, access to life-saving prevention, diagnosis and treatment they so urgently need. In Pakistan, most susceptible to malaria are those that live in rural areas. One of the causes is fragile health infrastructure, inadequate number of doctors and paramedical staff and lack of monitoring system and deepening poverty.

Health care units and clinics should be established in these areas to control this menace. Another important intervention to stop the spread of this plague is by providing quality care through telemedicine. Those living in remote areas can get access to quality treatment from doctors through telemedicine. The telemedicine system like CloudClinik is designed to ensure better health facilities to patients suffering in remote areas. The system would allow patient to get treatment through telecommunication technology without having to travel. The epidemic can be controlled in Pakistan once preventive measures are taken and health care gaps are removed.