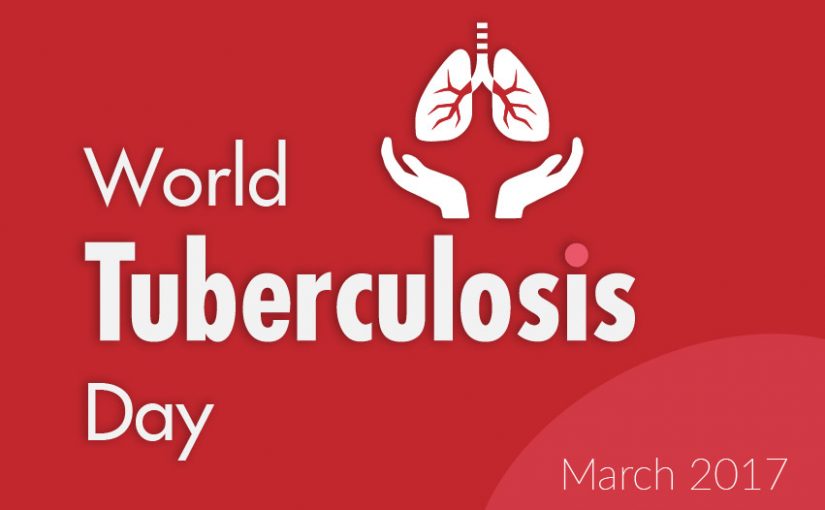 What is TB and how it spreads?
Tuberculosis is a lung disease that spreads through air. When people with the disease cough, spit, they release a bacteria known as bacilli in the lungs. These bacteria are when inhaled by others can cause infection. But not all people who inhale the bacteria get infected. The bacteria in these cases enter the body, are either killed by the immune system or warded off to a wall where they stay dormant. A weak immune system that is incapable of fighting TB Bacili makes the bacteria active thus causing Tuberculosis.

TB – Some facts
– More than 2 billion people – one third of world’s population is suffering from TB
– One in ten people have a chance of contracting TB and people with HIV are at a greater risk.
– TB is a contagious disease, if not treated a person with active bacilli can infect up to 10 people around them.
– TB is a worldwide endemic. Among all the countries 13 from Africa have the highest incidence rates and half of the new cases are 6 from Asian countries i.e Bangladesh, China, Indonesia, India, Pakistan and Philippines.
– WHO is working on a STOP TB strategy which aims to reach all the patients and achieve the target under the Millennium Development Goals (MDG): to reduce the deaths and cases of TB by 50%. The strategy involves providing better health care systems and addressing the need of primary care units to fight the TB pandemic.

TB treatment
When a person with active TB Bacilli is identified, a correct dosage of anti TB medicines must be prescribed. TB is very much curable but requires a patient to complete the six to eight week course without any interruption. For an effective treatment doctor must continually keep track and record patient data. Supervised treatment also ensures that the patient completes the course of medicines to cure TB and its further spread.
Medical treatment of this nature cannot afford any mistake that is why it is important to go for a facility equipped with an efficient EMR system like CloudClinik will prevent slip-ups an ensure quality treatment since the system would not help doctor devise a customized treatment plan for the patient by looking at his recorded medical history, allergies, vitals and previously prescribed medicines etc. It will also be helpful in tracking the patient’s progresses by simply clicking the patient’s name in the system and also help manage multiple such patients simultaneously without causing mistakes.